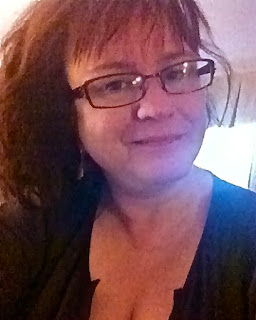 Background Notes:
Pamela Murray Winters grew up in Takoma Park, Maryland. Her poems have appeared in the Gettysburg Review, Gargoyle, the Delaware Poetry Review, JMWW, the Fledgling Rag, and Takoma Park Writers 1981, among other publications. A former music journalist, she plans to publish a collection of poems on the relationship between performers and audiences.

Useful Links:
Thorpe Moeckel: at a reading:
http://fishousepoems.org/archives/thorpe_moeckel/lifejackets_live_bowdoin.shtml
Richard Thompson: here’s a video clip of a lesser-known song that I like a great deal: http://www.youtube.com/watch?v=9ZGa6p3xSAg
DC Swan Day: http://www.washingtoncitypaper.com/blogs/artsdesk/theater/2012/03/30/d-c-swan-day-branches-out-in-its-fifth-year/
Gargoyle: http://www.gargoylemagazine.com/gargoyle.php  (“Guitarslinger” was in #57; another poem of mine, “Exegesis of a Bootleg Tape of ‘Truckin’,’” will be in #58.)
James McMurtry: his primary website: http://jamesmcmurtry.com/