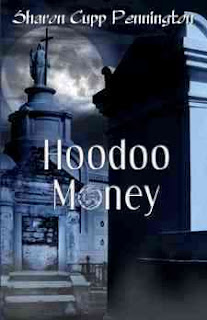 Background Notes:Sharon Cupp Pennington’s short stories have appeared in numerous online and print venues, with anthology contributions to The Rocking Chair Reader in the Coming Home edition (2004) and Family Gatherings (2005), A Cup of Comfort for Weddings:Something Old, Something New (2007), and Good Old Days Magazine (March, 2007). Her debut novel, Hoodoo Money, was released in May 2008 and the sequel, Mangroves and Monsters, in November 2009.  She lives in Texas with her husband, Wayne, where she is currently working on her third novel in this series.
Jan:     Sharon, I understand you’re working on your third novel in a series that began with your debut novel, Hoodoo Money, published in 2008. Tell our readers a little about Hoodoo Money, and then the second novel, Mangroves and Monsters, published in 2009. How did the first novel evolve into this series? 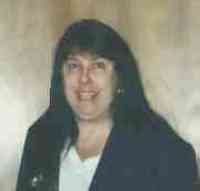 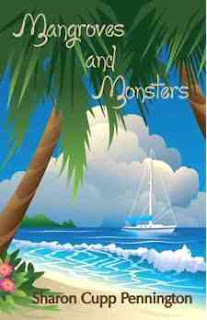 Sharon:     First, Jan, allow me to thank you for this opportunity to connect with readers. It’s such an important part of what we do. I never intended Hoodoo Money as the start of a series. However, I did intend to heighten the emotion by killing off a main character, supermodel Angeline St. Cyr – after I’d allowed readers to fall in love with her, of course.  And fall in love with Angeline they did! I was working in my present writing group, Writing Well, and some members were quite upset at Angeline’s demise. Hence, the sequel Mangroves and Monsters, which takes place on the fictitious island of Jacqueme Dominque and has Charlie Cooper searching for a resurrected Angeline.     I run two parallel storylines in each book now, with one primary couple and one secondary. The secondary couple then becomes the primary couple in the next book, but readers still get that window into the lives of past couples. I hope that makes sense.

Jan:     Do you have a working title and a publication date for this third of the Hoodoo Money series? What changes have occurred in your main characters lives since they set out on these adventures? What do you think draws previous readers back to read more?

Sharon:     The working title of this third installment in the Hoodoo Money series is Reparation. However, there is no publication date yet. How have the characters changed? I love that question. Although I never intended this as a series, I enjoy giving the readers a continuing glimpse into the lives of my main characters. They’ve seen marriages and babies, gotten to know extended families, gone on a jungle adventure and been introduced to numerous baddies. Of both genders. Based upon feedback I get, readers appreciate it all. They seem to care about the characters as much as I do. And they love surprises!

Jan:     So tell our readers about the unusual title for your first book. Is this your original or working title?

Sharon:     Hoodoo Money wasn’t my original title. It’s funny now, but I can’t remember that first working title so it must’ve been lame. Anyway, while researching the book, I visited New Orleans and found the term hoodoo money in a guide book. It seemed the perfect fit for a story spurred by a nickel stolen from the grave of a hoodoo woman. By the way, the plot is loosely based on an adventure my eldest daughter had in New Orleans – mugging and nickel included.

Jan:     What drives your plots, you or your characters or the setting?

Sharon:     Characters drive my plots. Exotic settings are fun, familiar cities great to explore. But I love taking ordinary people and giving them a gauntlet to run, an obstacle course of the unexpected. I love bringing out the worst and the best in them. My protagonists always triumph. And the baddies? Well, they always have a price to pay for their evil ways.

Jan:     Tell our readers about your experiences working with your publisher, Draumr Publishing. Other writers always want to know how publishers and writers find each other and establish a working relationship.

Sharon:     I started out, as many writers do, seeking an agent. After a truckload of rejections, I decided to send queries to small independent publishers, a batch at a time. Draumr Publishing was in that first group. Soon after I heard from Rida Allen, one of the co-owners. She read the Hoodoo Money synopsis and sample chapters, and then requested the full manuscript.  She said held her interest from beginning to end. A revision request followed – and then a contract. It is hard working with a small publisher, though, as the bulk of the marketing falls on the author and I’m not good at stepping out of my comfort zone. But I wouldn’t change the way things happened for me. I know the publishing world is evolving with electronic books becoming more and more the norm, but I’ll never forget the feeling of holding that first print copy of Hoodoo Money in my hands. I wish that moment’s joy for every author.

Jan:     What do you like to read? Who are some of your favorite authors and why?

Sharon:     I’ve always loved suspense with a peppering of romance, both in books and movies. Perhaps because I was such a shy girl. Books were my escape, and I spent many a summer afternoon in the library. In my twenties and thirties, I ravenously ingested works by the greats: Nora Roberts, Sandra Brown, Tami Hoag. Oh, there are so many fabulous authors in this genre. I’ve since moved onto novels heavier on the suspense. James Patterson is a favorite, as is James Rollins, and the creative duo of Douglas Preston and Lincoln Child. I adore their Special Agent Pendergast series. What I don’t like or appreciate is graphic gore, the “slasher” stuff. No thank you!

Jan:     You have described your series as Contemporary Romantic Suspense. What do you see as essential ingredients for successful novels of this genre?

Sharon:     I believe you need a good balance of romance and suspense/mystery, and of course, all of this in a modern setting. The characters need depth, and they need souls…likeability. Is that a word?

Jan:     Other writers often want to know about your writer’s process. What does a typical day in your writing space look like? Describe how you write.

Sharon:     I write best in the morning and try to put in at least two or three hours each day. While researching, I often have books open and scattered about the floor around my desk. Poisons, weaponry, character traits, antique furniture. Writing Hoodoo Money, I had crime scene photographs of a local murder spread out on the floor. I suppose some set the mood with wine and candlelight, soft music. I’ll take those police photos any day.

Sharon:     I admit that efficient use of time is not my strong suit. I’m family oriented and constantly let them draw me away with their needs. Which is both good – and not so good. The easiest part for me is creating the characters. Fleshing them out is another story.

Jan:     What’s the worst advice anyone’s ever given you about writing and what has been the most useful? What would you say to encourage and help beginning writers succeed?

Sharon:     I was told early on you couldn’t make a living as a writer. My parents believed daughters should perfect secretarial skills: typing, shorthand, that sort of thing. Which I did. I don’t resent the fact they didn’t encourage my artistic side, mind you. That’s was the norm in the fifties and sixties. Girls graduated high school, married, often worked part-time and raised children full-time. I’m glad expectations have changed. Girls, women, dream bigger now. Isn’t it great?

The most useful writing advice? That’s an easy one. One of the NaNoWriMo (National Novel Writing Month) mentors once told us if you hit a wall with your characters, place them in the worst situation you can think of, deadly and damning, and then force them to work their way out of it. I love that! And I use the technique often.

I wish beginning writers the best of luck, because there is a certain amount of luck involved. Talent, yes. Definitely. But also having your manuscript in front of the right person, at the right time is key. I encourage fledgling writers to persevere and believe in themselves and to never stop honing their craft. Take time to do a thorough research job, whatever the subject matter. I came into writing late. Hoodoo Money was released a couple weeks after my 60th birthday. I would say to any beginning writer, “Don’t wait as long as I did.”

Jan:     Thank you for taking time for a wonderful interview. And good luck with your series.  Readers can find more at: