Winter has left his footprints all over my garden. When I took this photo of my front garden this week I felt so discouraged and yes, even depressed. If I didn’t know better, I would think my garden would never recover from the intense cold and brutal ice of the past weeks, and this winter is only at the mid-point.
I remind myself that this fallow ground is temporary and necessary for the health of the plants. Spring and summer will bring renewal. Tending a garden is quite a lot like writing. Parallels abound.
In Wade Graham’s nonfiction book, American Eden, Graham says, that those who create a garden draw a map of their mind on the ground. It occurs to me that designing a garden and working for its survival is not unlike dreaming a story that exists only in the imagination.  We attempt to dream what is possible and make it real. Our gardens, like our writing, are tempered sometimes by the events beyond our immediate control, and yet we can work to exert influence upon the results, because we have hope that our inner vision will prevail. 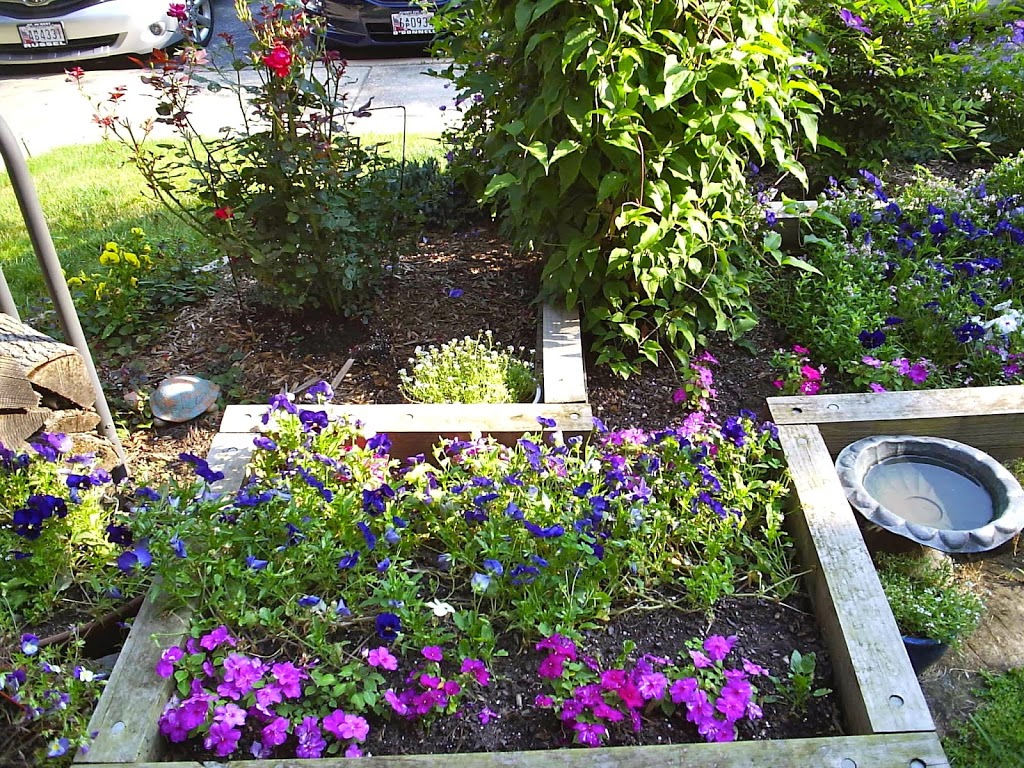 Graham says that our gardens are meaningful. They say a lot and we can read them as stories not only about their makers, but also about ourselves as a culture. He says that we ask our gardens “to speak for us, often assigning them certain lines in the play that we write about ourselves that we are hesitant to utter in our own voices. The drama of self-creation isn’t straightforward, but rather it is full of diversions, deviations, dodges and impersonations.”
=========================
About Jan Bowman
Winner of the 2011 Roanoke Review Fiction Award, Jan’s stories have been nominated for Pushcart Prizes, Best American Short Stories, and a Pen/O’Henry award.  Glimmer Train named a recent story as Honorable Mention in the November 2012 Short Story Awards for New Writers.
A recent story was a finalist for the 2013 Broad River Review RASH Award for Fiction, another story was a 2013 finalist in the Phoebe Fiction Contest; another was a 2012 finalist in the “So To Speak” Fiction Contest.  Jan’s fiction has appeared in numerous publications including, Roanoke Review, Big Muddy, The Broadkill Review, Third Wednesday, Minimus, Buffalo Spree (97), Folio, The Potomac Review, Musings, Potato Eyes and others.   She is working on two collections of short stories while shopping for a publisher for a completed story collection, Mermaids & Other Stories.  She has nonfiction publications in Trajectory and Pen-in-Hand. She writes a weekly blog of “Reflections” on the writing life and posts regular interviews with writers and publishers.   Learn more at: www.janbowmanwriter.com or  visit blog:  http://janbowmanwriter.blogspot.com
Facebook:  janbowman.77@facebook.com