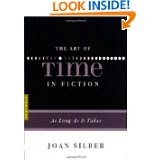 Joan Silber has a wonderful little book, The Art of Time in Fiction: As Long As It Takes published by Graywolf Press (2009) and I would recommend it to anyone who writes fiction. Silber writes with authority and insight about the ways writers must attend to time as they develop plot. She writes about complex issues with concise prose in brief chapters that are accessible to the expert, as well as novice writers.
Silber begins by examining the classic use of time in fiction. She follows with intriguing chapter titles such as:  Long Time, Switchback Time, Slowed Time, Fabulous Time, and ends with an essay on Time as Subject. 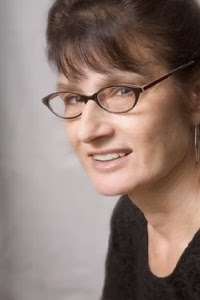 Joan Silber is the author of six books of fiction, most recently The Size of the World (Finalist for the Los Angeles Times Prize in Fiction) and Ideas of Heaven (Finalist for the National Book Award and the Story Prize). Her stories have appeared in the New Yorker, two O. Henry Prize collections, and The Scribner Anthology of Contemporary Short Fiction. She’s known for stories that leap over long blocks of time, and this led her to write The Art of Time in Fiction. She lives in New York and teaches at Sarah Lawrence College. Her website is joansilber.net.

This tiny pocket size book was one of Graywolf’s The Art of . . . Series Edited by Charles Baxter. Most of these were previously published as essays and then expanded for the series. These gems belong in the writer’s library of useful reference books whether one is a fiction or nonfiction writer or a poet.
Among others in The Art of Series are:

Subtext: Beyond Plot by Charles Baxter
Time in Memoir: Then, Again by Sven Birkerts
The Ending by Amy Bloom
Description by Mark Doty
The Poetic Line by James Longenbach
Attention: A Poet’s Eye by Donald Revell
Syntax: Rhythm of Thought, Rhythm of Song by Ellen Bryant Voigt
The Art of Recklessness by Dean Young


Winner of the 2011 Roanoke Review Prize for Fiction, Jan’s fiction has received an Honorable Mention in Glimmer Train’s November 2012 Short Story Award for New Writers and a recent story was finalist for the 2013 Broad River Review RASH Award for fiction, another story was a 2013 finalist in the Phoebe Fictions Contest. Her stories have been nominated for two Pushcart Prizes, Best American Short Stories, O’Henry Awards, and a story was a finalist in the “So To Speak” Fiction Contest.

She is working on two collections of short stories and shopping for a publisher for a completed story collection, Mermaids & Other Stories.  She has nonfiction work published in recent issues of Trajectory and Pen-in-Hand. She writes a weekly blog of “Reflections”on the writing life and posts regular interviews with writers and publishers.   Learn more at:    Blog:  http://janbowmanwriter.blogspot.com