My Fall 2013 Journal Writing Class began September 10, 2013.  We have 15 dedicated writers for this session, ten from previous classes and five new writers. For the next eight Tuesdays we’ll be working on journal writing exercises during two hour sessions to tap into memories that they can explore and develop into longer (mostly) nonfiction work. In the first session I give each new student a journal that they use for their beginning exercises, since our initial journal entries are handwritten.
One of the interesting things I’ve noticed is how difficult some writers find it to write those first imperfect, free-wheeling entries into their journal.  Maybe it has to do with opening a fresh new notebook, with clean lined pages and bright ink entries in a process that taps into the early childhood experiences. Remember when we tried to gain perfection with every first word and sentence? Writers who begin this journal writing process express relief when I reassure them that their journal is a place to grow seeds that will become new ideas. I urge them to write freely, with passion as they try to capture something elusive that floats softly at the edge of their memory.One of the most useful bits of writing advice I’ve ever experienced for myself, and that I share with my students, comes from Natalie Goldberg’s wonderful book, Writing Down the Bones.

============================================
Natalie Goldberg lived in Brooklyn until she was six, when her family moved out to Farmingdale, Long Island, where her father owned the bar the Aero Tavern. From a young age, Goldberg was mad for books and reading, and especially loved Carson McCullers’s The Ballad of the Sad Cafe, which she read in ninth grade. She thinks that single book led her eventually to put pen to paper when she was twenty-four years old. She received a BA in English literature from George Washington University and an MA in humanities from St. John’s University. Goldberg has painted for as long as she has written, and her paintings can be seen in Living Color: A Writer Paints Her World and Top of My Lungs: Poems and Paintings. They can also be viewed at the Ernesto Mayans Gallery on Canyon Road in Sante Fe.  A dedicated teacher, Goldberg has taught writing and literature for the last thirty-five years. She also… Read more     on Amazon – ========================

I have modified, condensed and shared what has become (for me) six really useful “Rules for Happy Journal Writing Practice” that owe their initial formula to Goldberg’s original text. Someday I would like to tell Natalie Goldberg just how much she’s helped me and countless writers get started in ways that overcome some of the fear and baggage we carry from our early writing experiences.  I tell writers some version of Natalie’s advice modified into the following:

1.  KEEP YOUR HAND & PEN MOVING.
Keep your pen on the page and write whatever you can during the allotted writing time. If you’re stuck- just keep writing –say- “I don’t remember” or “what I do remember” until you find your writing moving on – going deeper into your writing prompt.  Don’t pause to reread lines you’ve just written. That is your inner editor & critic stalling and trying to get control of what you’re saying. This is a first cut to see what lies deeper in your memory.
2.  DON’T CROSS OUT.
Don’t edit as you write.  Even if you write something you didn’t mean to write.  Just leave it and keep going. Don’t worry about it. Editing at this point tends to strangle your creative efforts.  No one sees this material except you.  It’s too raw to share yet – so don’t stress over it.
3.  DON’T WORRY ABOUT SPELLING, GRAMMAR OR PUNCTUATION.  NOT YET.
Again – you can deal with this later. But – not now.  Later.
4.  LOSE CONTROL.
First thoughts have tremendous energy. The internal censor usually squelches them. Your aim here is to burn through to the first thoughts, to the place where energy and “white-hot memory” (as Robert Olen Butler calls it)are unobstructed by social politeness or your internal censors. You’re writing to the place where your mind actually sees and feels, not to what it thinks it should see or feel.
5.  DON’T THINK TOO MUCH.
DON’T GET LOGICAL YET.   Not yet. Do that later.
Initially you don’t need to analyze or be critical.  Just let your writing go into the subconscious storehouse of your knowledge and experiences.  That’s where the good stuff stays until you lay it on the journal page.
6.  BE BRAVE.
Go Deep. Be fearless. If something comes up in your journal writing that is scary – dive
right into it. It’s the good stuff. It probably has lots of energy. 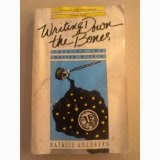 About Jan Bowman
Jan Bowman’s fiction has appeared in numerous publications including, Roanoke Review, Big Muddy, The Broadkill Review, Third Wednesday, Minimus, Buffalo Spree (97), Folio, The Potomac Review, Musings, Potato Eyes and others. Glimmer Train named a recent story as Honorable Mention in the November 2012 Short Story Awards for New Writers. Winner of the 2011 Roanoke Review Fiction Award, her stories have been nominated for Pushcart Prizes, Best American Short Stories, a Pen/O’Henry award and a recent story was a finalist in the 2013 Phoebe Fiction Contest; another was a 2012 finalist in the “So To Speak” Fiction Contest. She is working on two collections of short stories while shopping for a publisher for a completed story collection. She has nonfiction publications in Trajectoryand Pen-in-Hand. She writes a weekly blog of “Reflections” on the writing life and posts regular interviews with writers and publishers.   Learn more at www.janbowmanwriter.com or
visit blog:  http://janbowmanwriter.blogspot.com
Email:    janbowmanwriter@gmail.com