I think writers need to read widely if they want to write thoughtful and thought-provoking work. Whether writers specialize in fiction or nonfiction, writers who read outside their chosen genre have a richer world view and more source material to encourage their creative process.  The New York Times Science section for Tuesday, August 13, 2013, posted a list of recent  Science Best Sellers which prompted me to consider whether I will likely read any of these over the next six months.   For no particular rhyme or reason, these books caught my interest.
So here are my current top five choices that I intend to read:

1 QUIET by Susan Cain. Crown. Introverts — one-third of the population — are undervalued in American society. 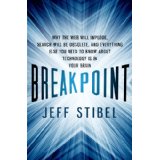 (because I am an introvert)
4 BREAKPOINT by Jeff Stibel. Palgrave Macmillan. A neuroscientist and entrepreneur shows how the brain can act as a guide to understanding the future of the Internet (seems to say the whole Internet will eventually collapse, or NOT) and the constellation of businesses and technologies that run on it.

5 THE POWER OF HABIT by Charles Duhigg. Random House. A New York Times reporter’s account of the science behind forming habits, and breaking them.
(what to keep & what to break)
6 THE HAPPINESS PROJECT by Gretchen Rubin. HarperCollins. In a hunt for happiness, the author consulted science, ancient wisdom and pop culture. (say yes)
7 HALLUCINATIONS by Oliver Sacks. Vintage. The renowned neurologist considers his patients’ hallucinatory experiences, and his own. (really – did someone actually ‘see’ that)

I read this one last year and it is fascinating even for ‘non-scientific’ readers.
2 THE IMMORTAL LIFE OF HENRIETTA LACKS by Rebecca Skloot. Crown. The story of an African-American woman whose cancer cells were extensively cultured in 1951.

Go to The New York Times for the complete list or click on the links for more information.

Connect With Us on Social Media

@nytimesscience on Twitter.
Like the science desk on Facebook.
The titles ranked here are selected by the science editors from all adult nonfiction books reported to The New York Times for the month. These titles are fundamentally based on the sciences; those for which science is more tangential or peripheral are generally excluded. Rankings reflect combined print and e-book sales for July 2013. An asterisk (*) indicates that a book’s sales are barely distinguishable from those of the book above. A dagger (†) indicates that some bookstores report receiving bulk orders.
=========================================
About Jan Bowman
Her fiction has appeared in numerous publications including, Roanoke Review, Big Muddy, The Broadkill Review, Third Wednesday, Minimus, Buffalo Spree (97), Folio, The Potomac Review and others. Glimmer Train named a recent story as Honorable Mention in the November 2012 Short Story Awards for New Writers.Winner of 2011 Roanoke Review Fiction Award, and her stories have been nominated for Pushcart Prizes, Best American Short Stories, Pen/O’Henry Awards and a story was a finalist in the “So To Speak” Fiction Contest. She is working on two collections of short stories while shopping for a publisher for a completed story collection and writes a weekly blog on the writing life. Learn more at www.janbowmanwriter.com or
visit blog:  http://janbowmanwriter.blogspot.com