How Does A Character Look?
Fiction writers face difficult decisions in deciding how much to describe their characters. Once upon a time it was quite common to read novels that languished in tedious descriptions of characters’ physiques, personalities, and background information that David Madden, in his guide, Revising Fiction, describes as a “stultifying practice” that bores readers and is unnecessary for most readers.
In fact writers are tasked with finding, what I call the ‘particular and peculiar’ telling details of the physical body or life that help the reader read deeper into subtext of character to finish an image.  Madden cites examples like a character with ‘bee-stung lips’ or ‘aquiline nose’ or ‘voluptuous legs’ that suggest so much more. And a little description serves most readers with enough to build the characters.
Madden says that writers who write long physical descriptions of height, weight, hair and eye color or other useless information, do it because they are inexperienced or think their readers require it.  These kinds of descriptions read like police blotter descriptions of crime perpetrators. If something about a character’s red nose or sunburned arms is meant to have relevance to the reader’s understanding of the story and the character, then it should be there, but if it’s just filler, cut it during revision.

I read this somewhere and wrote it in my journal.  “A frog ought to be a good frog and a thief a good thief; beauty consists of exactness.” 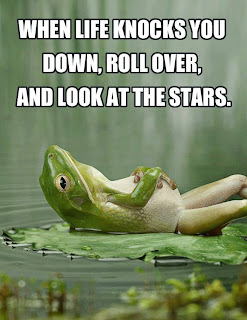 About Jan Bowman
Jan Bowman’s fiction has appeared in numerous publications including, Roanoke Review, Big Muddy, The Broadkill Review, Third Wednesday, Minimus, Buffalo Spree (97), Folio, The Potomac Review, Musings, Potato Eyes and others. Glimmer Train named a recent story as Honorable Mention in the November 2012 Short Story Awards for New Writers. Winner of the 2011 Roanoke Review Fiction Award, her stories have been nominated for Pushcart Prizes, Best American Short Stories, a Pen/O’Henry award and a recent story was a finalist in the 2013 Phoebe Fiction Contest; another was a 2012 finalist in the “So To Speak” Fiction Contest. She is working on two collections of short stories while shopping for a publisher for a completed story collection. She has nonfiction publications in Trajectoryand Pen-in-Hand. She writes a weekly blog of “Reflections” on the writing life and posts regular interviews with writers and publishers.   Learn more at www.janbowmanwriter.com or
visit blog:  http://janbowmanwriter.blogspot.com