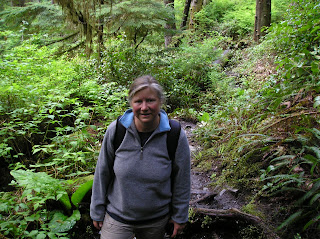 Polly Buckingham is the editor of StringTown, a Northwest magazine of creative writing, and of StringTown Press, publishing new Northwest authors (http://stringtownpress.org/). 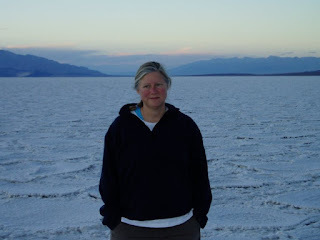 Polly:    None.  I really can’t quite engage in social media.  It makes me itchy.  And I have tried.  I just get disengaged pretty quickly.  You know, I suppose an internet presence is a good thing for a writer and I do look at author websites a lot.  But there are so many different venues and so much stuff out there that isn’t vetted in any way.  I find it impossible to weed through, and my time is important: I don’t want to spend it online.  It’s never going to replace the process of publication.  It’s always going to come down to the work: at least that’s the way it should be, to my mind, and I like to operate out of that ideal.  I love sites that contribute to discussions on writing, that post live readings, interviews, that kind of thing.  But I find promoting myself through social media sites really difficult and unpleasant and antithetical in many ways to what I do and love.

Jan:    What do you see as the future role of agents? Do you think agents will become obsolete?
Polly:    I struggle with agents.  As John Keeble, my greatest fiction mentor, said to me, if you don’t have a connection with one, it’s like spitting into the wind.  For me, it began to feel like a waste of time.  I have an unpublished novel, and it’s gotten really positive feedback and I’ve had some chapters published in journals, but I am definitely discouraged by the limited availability of places to reasonably submit it.
Small presses focus on story collections and poetry collections, not novels.  And large presses are closed without an agent.  Because novels actually sell, it can feel nearly impossible to get them published.  Damn the role money plays in all this.  That’s what I love about poetry: no poet ever expected it would pay.
Jan:    Congratulations on your impressive list of published poetry and fiction. In your opinion who is more likely to find a literary journal to publish work in today’s literary climate: poets or short fiction writers?
Polly:    Both are really tough, but definitely I’ve had more poems published than short stories, proportionally and otherwise—and I pretty sure I’m a far better fiction writer than poet.  Again, fiction pays more, on all sorts of levels, so it’s more competitive, and it takes up more space in a journal, so fewer pieces are accepted. Money really does corrupt the process.
Fiction writers are often taken more seriously, which baffles me since poets know the language better than any other type of writer.  But I suppose people think, “oh, that’s only a few lines—that’s easy.”  And then, so much of the public has no idea what the hell poetry is. But everyone knows a good story. So poetry exists in this wonderful little bubble. The downside is – you never quite get treated well.
The upside is you’re more likely to get published and you can ignore the rat race that publishing fiction can feel like.  Poets, for example, don’t get “three book deals” or $50,000 advances. They don’t get much, actually. “Just” the respect and awe of a small audience. And yet, they are our greatest visionaries.

Jan:    Tell me about your favorite published poem and short story that you have written? What was the spark that helped each burn into a powerful finished work?