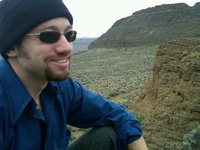 Lance Kramer, Producer, Co-Founder of Meridian Hill Pictures
is a documentary filmmaker, educator, journalist and a co-founder of Meridian Hill Pictures. At MHP, Lance produces the studio’s documentary films and media education projects, spearheads development, social media, outreach and engagement strategy, and curates the PictureHouse pop-up public film screening series. Lance has participated in a variety of successful projects with emerging digital technologies, including the Mozilla/ITVS/BAVC LivingDocs ‘Hackathon’ project at Silverdocs 2012. In 2009, Lance helped lead a digital and grassroots outreach effort to screen the environmental documentary Hope in a Changing Climate in over 20 countries. As a journalist, Lance has written on news, music, film, arts and culture, for a variety of publications. Lance holds a Bachelors Degree in History from Dartmouth College. He is the author of Great Ancient China Projects You Can Build Yourself, a children’s book selected to the American Bookseller’s Association Fall 2008 Indie Next List. Lance serves as Board Chair of Docs In Progress, a 501(c)3 organization dedicated to building community through the power of documentary film. Lance has also served as a Humanities Council of Washington DC humanities scholar.

Jan:    Congratulations, Lance. This summer you and your brother, Brandon, celebrated two-years of film-making with your new film company, Meridian Hill Pictures (MHP). I appreciate your taking time to answer some questions.

What do you truly love about having your own film company?
Lance:    We grew up surrounded by entrepreneurs in our family. My dad is an architect and a sculptor and for many years, he had an office and studio in our house. I remember as a kid, going down into his workspace in the basement — playing on the computer, sitting with my legs dangling at his drafting table, borrowing his pens and pencils (and more often than not, forgetting to return them), flipping through his architectural drawings, and playing with his blocks of clay.
Since starting MHP, I’ve never had a morning where I’ve woken up and not wanted to go to work. No two days have been similar, and each day is challenging, but I find myself constantly motivated to face each challenge, learn and grow from the experience. Though I wish I could say otherwise, I think that’s rare to find in a day job.
Jan:    Your family has deep roots in the Washington, DC area. How has this also inspired you?
Lance:    My grandfather Sam also had his own business, a meat and produce shop in Northeast DC called Kramer & Sons, which was actually started in the early 1900s by my great-grandfather Isadore. As a teenager, I loved going to the market to visit, wandering through the aisles of pig’s feet, wheels of cheese and stacks of paper products. The market was also where I first experimented with taking black and white photographs. It’s age and history and weathered-nature, to a certain extent, made it feel like such a visually dynamic setting full of countless stories. Though I always appreciated and admired what my father, grandfather and great-grandfather did, it wasn’t until I got a little older that I realized a big part of what I respected was the fact that they had each figured out how to translate something that they loved into an actual job and sustainable enterprise.
For my dad, he found a way to create a living out of being an artist. For my grandfather, he took his own father’s business, made it his own and created a lifelong sense of community with his customers. For Brandon and I, the real gift is being able to work with my brother on something we care deeply about, finding those ways of turning the art form we love into a sustainable career that has positive (and hopefully lasting) impact. Even more important than creating something that we care about, it has been inspiring to create a sense of community around MHP, watching how other people have gotten just as excited about MHP. I feel like we bring a lot of the qualities and lessons we observed and absorbed from our family into the way we have tried to build MHP, and we are certainly trying to do our best to carry those legacies and traditions onwards.

About
Meridian Hill Pictures is an innovative documentary production company dedicated to producing, teaching, and sharing films that inspire meaningful community participation and engagement.
General Information
Meridian Hill Pictures was founded in 2010 by a dedicated crew of filmmakers and educators interested in leveraging the power of documentary film to create social change.

Meridian Hill Pictures is a fully licensed and insured limited liability company proudly doing business in the District of Columbia.

=====================================
Bio Notes
Jan Bowman’s work has appeared in Roanoke Review, Big Muddy, Broadkill Review, Trajectory, Third Wednesday, Minimus, Buffalo Spree (97), Folio, The Potomac Review, Musings, Potato Eyes, and others. She won the 2011 Roanoke Review Prize for Fiction.  Glimmer Train nominated a story as an Honorable Mention in the November 2012 Short Story Award for New Writers. Her stories have been nominated for two Pushcart Prizes, two O’Henry Awards and Best American Short Stories. A story was a finalist in the “So To Speak” Fiction Contest. She is working on two collections of short stories and currently shopping for a publisher for a completed story collection. Her nonfiction work appears in Pen-in-Handand Trajectory. She writes a weekly blog of “Reflections” on the writing life and posts regular interviews with writers, editors and publishers.   Learn more at:
Website – www.janbowmanwriter.com
Blogsite – http://janbowmanwriter.blogspot.com