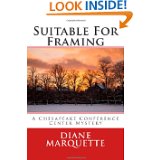 Diane Marquette is the author of five published books: In Over My Head, Too Close For Words, and Suitable For Framing from her Chesapeake Conference Center mystery series, as well as two stand-alone novels, Good Fridays and Almost Mine.       Part 2 Interview 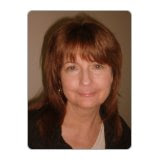 Diane Marquette was born Diane Merryman in Baltimore and grew up in Howard County, Maryland. Her first boss was James Rouse, visionary and designer of the city of Columbia, Maryland. Later she worked as a freelance writer for Patuxent Publishing Corporation in Baltimore before she and her husband moved to Maryland’s Eastern Shore in 1987.She has five published books and more are on the way.

Part 1 of this interview was published as Entry # 126 on Tuesday, January 15, 2013 at blogsite: http://janbowmanwriter.blogspot.com

Diane says, “If you’re looking for information about the Bay to Ocean Writers Conference, which I help coordinate each February at Chesapeake College in Maryland, please go to www.baytoocean.com. You can watch the You Tube video made at the last conference and register.”

“My website www.dianemarquette.comcontains plenty of information about my five published books — In Over My Head, Too Close For Words, and Suitable For Framing from my Chesapeake Conference Center mystery series, as well as my two stand-alone novels, Good Fridays and Almost Mine.  You can read the first chapter, a synopsis, interviews, and reviews for each of my novels, as well as links to my blogs.  All of my books are available in both e-book and print versions online and in bookstores.”

Jan:    What are some of the problems authors face when they deal with small publishers?

Diane:     My five books were originally published by a small publishing company, which consisted of one and a half employees. In my experience, I found this publisher took on too big a workload, causing numerous and lengthy delays in moving my books through the publishing and marketing process, and into the sales arena.

There are similarities whether an author is published by a large traditional publishing house, a small publisher, or even self-published. Gone is the time when large publishers would pay to market a book, set up and pay expenses for an author to do book signings, and pay travel expenses for authors to do television and radio promotion for their book. With downsizing and budget cuts, large publishing houses are completely re-structured and they can’t afford to take authors by the hand and lead them down the road to success.

Diane says, My librarian mother shared her love of books with me. During my school years, I was an avid reader and a good student, even surviving nine years of nuns. My big problem in school was math, I simply didn’t get the arithmetic gene from my engineer father. I loved grammar and literature and excelled at spelling, so wanting to become a writer shocked no one. I wasn’t sure what I wanted to be when I grew up, so I majored in a variety of subjects during college. Art, history, biology, and English were my favorites.

My first boss was James Rouse, visionary and designer of the city of Columbia, Maryland. After four years, I changed jobs and began working as an administrative assistant at an industrial manufacturing facility. One of the benefits was meeting my future husband, Jim Marquette.

My love of animals led to a two-year position with the Humane Society and then a stint as a veterinary technician for ten years. I worked as a freelance writer for Patuxent Publishing Corporation in Baltimore before my husband and I moved to Maryland’s Eastern Shore in 1987.

I was a visual merchandiser for a retail store in Easton, Maryland for ten years. A two-year job at the world-famous Aspen Institute/Wye River Conference Center in Queenstown was my next career move. This experience gave me the ideas for some of my most successful writing, my Chesapeake Conference Center mystery series. The first three titles in the series are In Over My Head, Too Close For Words, and Suitable For Framing.

On my website www.dianemarquette.comsee “Behind the Story” on the menu under In Over My Head.”

==================
Jan Bowman’s work has appeared in Roanoke Review, Big Muddy, Broadkill Review, Third Wednesday, Minimus, Buffalo Spree (97), Folio, The Potomac Review, Musings, Potato Eyes, and others. She won the 2011 Roanoke Review Prize for Fiction. Her stories have been nominated for a Pushcart Prize, Best American Short Stories and a recent story was a finalist in the “So To Speak” Fiction Contest. She is working on two collections of short stories and currently shopping for a publisher for a completed story collection. She has nonfiction work pending publication in Trajectory and Pen-in-Hand. She writes a weekly blog of “Reflections” on the writing life and posts regular interviews with writers and publishers.
email:  janbowmanwriter@gmail.com    Learn more at:
Website – www.janbowmanwriter.com
Blogsite – http://janbowmanwriter.blogspot.com