Background Notes
Judith C. Reveal – Author of the new historical novel, The Brownstone and Author of the Lindsey Gale Mystery Series: Cheating Death, The Music Room, and A House to Kill For.

Jan:    Thank you for taking the time from your busy schedule to talk about your work. Tell us about yourself. Why did you become a writer?

Judy:    I had the grand good luck to be born to a family of avid readers. Both of my parents encouraged me to read, and although we never had a library per se in our house, we had books, magazines, newspapers – every piece of reading material you could image spread across every surface of the house. I don’t ever recall not having a library card and spent many wonderful hours wandering through the stacks with Nancy Drew. It seems like a normal progression that I would move from reading to writing. I recall after receiving copies of my first published book, Cheating Death that I sent an email to an old friend who was once a roommate, and she responded to my news saying that she was not surprised and now she knew why we had so many books all over our apartment – that it was inevitable I would progress to writing. Since seriously taking on the enjoyable task of writing, I doubt that I will ever stop.

Jan:    Your newest novel, The Brownstone, is a bit different from your previous Lindsey Gale mystery series, in that it is historical fiction.  What inspired you to write this particular historical novel?

Judy:     I was born in 1945 and my ‘formative’ years were filled with Saturday afternoon movies at the local theater (The Roxy) in Berwyn, IL, watching John Wayne, Errol Flynn, Jimmy Stewart, etc., single handedly win World War II, so it is an era that is firmly ensconced in my psyche. This particular story started out as a short story assignment for a course I was taking and it was about 4 girls who shared an apartment during the war and how the war affected each of them. But the more I wrote, the more characters started surfacing – they came at me from every direction – poking me and prodding me and demanding a role in the story. So the story started to take on a life of its own and I just followed it around taking notes!

Jan:    Set in 1941, The Brownstone explores the lives of an eclectic group of seven tenants who find themselves renting flats in the large brownstone of Morris and Sadie Goldstein. The tenants become a tightly knit, but complex community, even as WWII unfolds around them. Tell us what you loved about writing this book.

Judy:    Although with each passing year we get further and further away from this era, I do believe that this event really forced America to grow up and take on the responsibilities of adulthood in the world. Responsibility is the key word here. As war has grown into terrorism and changed the face of the world, we can look back at the World War II era and sense that families were more closely knit together. I felt that I wanted to bring that sense of togetherness to the reader, although I must admit that I really loved getting to know these characters – both good and bad.

Jan:    And what surprised you about your process?

Judy:    Nothing really surprised me about the process itself.  I discovered along the way that there were changes that were necessary, although I rejected them at first. There are some characters that I had to remove because they really gave nothing to the various aspects of the story and it’s hard to get rid of a character. I had originally started with a prologue and ended with an epilogue that I found out (much to my surprise) that for most beta readers, these did not work. I loved them, but they got cut and in the long run I think that was the right thing to do.

Jan:    The Brownstone is not only your first historical novel, but it is also your first self-published endeavor.  Why did you decide to go the self-publishing route for this one?

Judy:    Control over my work and money. Like most writers today, I have been watching the debacle called “the publishing industry” especially with the traditional houses, and it is patently obvious that unless one has credentials, or an agent, or some foot in the door, the traditional houses are just not going to show an interest. Most of us could spend the rest of our lives schlepping our manuscripts from one place to another; waiting 6 months for an answer; and then getting the reject letter. Traditional publishing may give credibility to one’s work, but that’s about it. From the money aspect, self-publishing provides a better return on one’s sale. The process is quick and easy and makes a writer’s work accessible in a variety of formats.

Jan:    What have you learned from working with your previous publishers that made this the right choice at this time?

Judy:    I still have my mystery series (Lindsey Gale Mysteries) with Arline Chase at Cambridge Books and I am working on #4 in the series.  I am grateful to her for helping me along from the beginning and I enjoy working with her.  Self-publishing is just another aspect of this journey.

Jan:    Readers probably know you best for your murder mystery series set in Greensboro, MD, your hometown on the Eastern Shore.  How much does this actual ‘place’ influence the series?

Judy:    In smaller, regional areas, I think the ‘place’ can be both a benefit and a drawback. I have a number of readers who enjoy the stories because of the setting – but they know the various places I describe and they enjoy being in those places with my characters. I also have the ability to expand into neighboring counties and states but at some point in time, this may wear thin. I think the most important thing is the story itself.  If the story is not interesting, then the location does nothing to help it.

Jan:    The series features Lindsey Gale, who is publisher of the Greensboro Press and who often seems to find herself involved in solving murders. Who is the model for Lindsey and what makes her so likeable to readers?

Judy:    I don’t know that there is any one person who is a model – I have taken characteristics of several friends and acquaintances and mixed them up to create my characters.  Of course, writers always put parts of themselves into their characters and I’m sure I’ve done some of that as well. 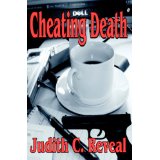 Jan:    When you wrote the first of these mysteries, Cheating Death, did you imagine it would become a successful series?  How did that come about?

Judy:    I did not anticipate success or failure, just wanted to write stories that I hoped others would enjoy reading. I really don’t know where the story came from.  I actually don’t know where ANY of my stories come from – they just sort of appear one day and I start writing them.

I was not planning on writing a mystery series when I started with Cheating Death but I really like the major characters – Lindsey Gale and Conrad Trent – and felt that they had several stories in them that needed to be told. This just happened to be the first one. 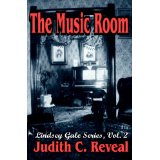 Jan:    Of the three mystery novels in the series:  Cheating Death, The Music Room, and A House to Kill For, which is your favorite and why?

Judy:    The Music Room is my favorite because I think it is the most interesting “story” of the three. It is based on an unresolved murder that occurred in the 1930s (not a true one, just fiction), and the event resurfaces after the last remaining person who knew the truth about the murder, dies and the story gets resurrected. As that occurs, new murders begin to take place and Lindsey and Conrad find themselves in the middle of the whole kerfuffle and they are the only people who have the information needed to unravel both the old crime and the new ones. I really enjoyed writing that story and I do think it is the best of the three.

Jan:     Often writers tend to work in isolation and are not so involved in helping other writers, but you are active in the Maryland writing community, presenting at workshops, conferences, community colleges, in addition, to doing freelance work as a writing consultant and serving as an officer for MWA and the Bay-to-Ocean Conferences. 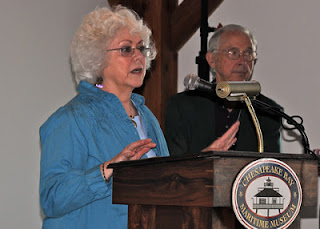 So what motivates your involvement to the larger community of writers?

Judy:    I believe that anyone who has a story to tell should tell it.  Not all writers are good writers and I’ve edited some manuscripts that are challenging, but every writer I’ve worked with has presented a story premise that is good and has potential.  I find writing to be a cathartic activity – when something is bothering me, if I sit down with a project, I quickly find myself floating off into another world where my imagination becomes very active and time just flies by – before I know it, several hours have passed and I am rejuvenated.  I try to encourage writers to take that step – some will succeed others will not, but no one knows until they start putting those words down on paper.

Jan:    What advice about your own writing have you chosen to ignore?

Judy:    HAHAHA! About twenty five years ago I had an editor read a short story that I knew was flawed, but I did not know why or how to fix it, and instead of encouraging me, he told me that if I wanted to write for my family or friends or just to please myself – that’s fine, but I would never be a published writer; I just wasn’t good enough. After spending thirty minutes crying, and another thirty minutes turning the air blue around my head, I determined that no one was going to tell me that, and I WOULD be published. I worked hard, attended conferences, classes, and workshops to learn more about the creative process, and I reached my goal. So I guess if I ignored anything, it was some smarmy little toad telling me I could not do something I so wanted to do.

Jan:    Thank you for the interview. And as we end our interview, what advice would you offer to encourage other writers?

Judy:    Never stop writing, but be sure you get advice from other writers and editors about how you can hone your skills and continue to move on to the next level. And read, read, read – support your local library, and read. 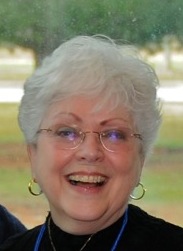